Every month of May the University of Nottingham holds an open day in the campus that is called MayFest for which every household in the city receives a letter of invitation. The aim of MayFest is to involve the community in university life, show the grounds of the university and what the bright minds of the university create that is remarkable, cool and could interest every person from 1 to 100 years old. Three years ago, we as a CeDEx group decided to join the activities and introduce behavioural economics to the community. We wanted it to be fun and exciting but at the same time to highlight the important aspects of human decision making and its interplay with the economic outcomes we face in the real world. 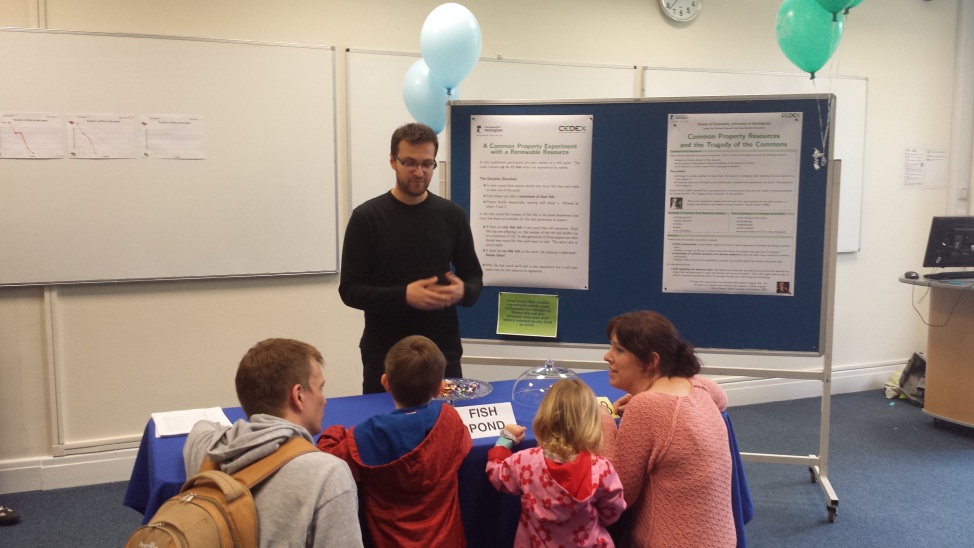 We had two experiments in mind to start with. One was to show how communal resources can be fully exploited and can leave the generations to come with poor environment, no biological variety, and no energy resources if everyone in the society acts selfishly. To do this we played a “fish pond” game: we used chocolate as our fish in a bowl pond from which the group of three fishers could fish. Our three fishers were mostly kids that approached our pond with curiosity of how to get their hands on the chocolate. We explained to them that there were 12 “fishes” in the pond and they each can take up to 4 in sequence. Whatever is left in the pond will procreate and each fish will have a baby, so that in the next round when other three fishers come to fish there will be double of what was left from the previous fishers with a maximum possible of 12. You can notice that if each fisher takes 2 fishes from a pond, there will be 6 fishes left and in the next round after the procreation there would be again 12 fishes in the pond. But if fishers are selfish and just want to take the maximum possible number of fishes then they will each take 4 fishes and there will be no fish left for the next round fishers for 10 minutes in our experiment. Kids who made the decision knew that the kids coming after them may have to wait up to 10 minutes to get a chocolate, so they knew that their decision to take will have consequence for their friends.

What we observed was very interesting: fish was being exploited very fast and after 3-4 rounds the number of fish would decrease to 0, and we had to restart the pond. The number of rounds needed to exploit the fish pond depended on the age of children as well as their closeness to each other: older children acted more responsibly and were willing to sacrifice their chocolate for their friends or siblings. We explained the implications of this project to the kids and their parents after each round and accentuate the importance of pro-social decisions in the sustainability of our global and local resources for the future generations. 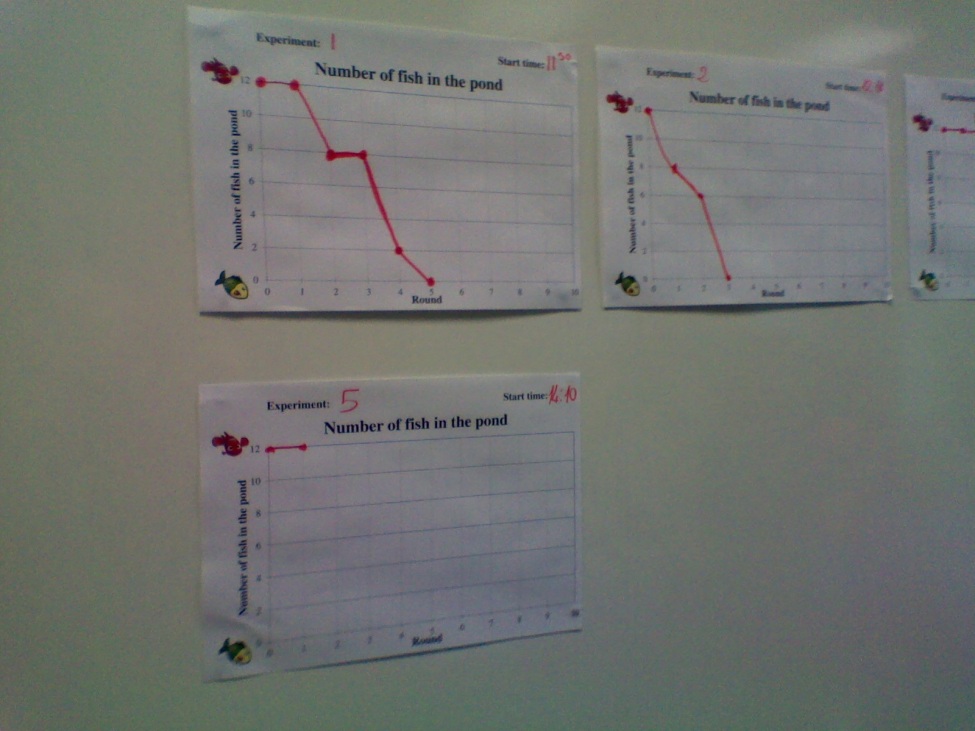 In the other experiment, we wanted to show how even a rational human brain can make mistakes to calculate a best bid to buy a fictional company when there is insufficient information between the buyer and the seller of the company. Most people fall prey to a phenomenon we call “winner’s curse” – the buyer paying too much for the good because he has overestimated the value of the good and bid too much. We asked people to bid from 0 to 100 to buy a company that they didn’t know the exact value of. A sale occurred if the bid was greater than the value of the company to the seller which we drew from a bingo cage from 0-100 numbered balls. Every time a sale occured, there was a big probability that the company had much less value to a seller that he accepted the bid and the buyer was left with company that is worth much less than he bid. After each bid, we recorded the profit/loss a bidder made on a post it, which was calculated by subtracting the value of the company to the buyer from the bid amount. We noted the profits with green and losses with red pen and stuck them on the other side of the separator that we showed to people after they have made their decisions. As you can see from the picture, there are many not accepted bids (bids being less than what the seller would sell the company for) but there are as many losses as well. There are very few people who were lucky to make profits and this is a nice representation of the outcome of the auction. Hence we could show the participants that unless they are very risk seeking they should not bid anything positive because most probably they will be making a loss.
Many participants dragged their friends and families to our experimental “lab” and we choose to explain it was because how fun our experiments were. We hypothesize that they loved how our experiments challenged their minds to realize the trick of the auction or to make them think deep about societal and environmental problems with the fish pond rather than the amount of chocolate involved. However this is a topic for future research and perhaps our next MayFest will test the hypothesis asking one simple question: chocolate in the stomach or tricks in the mind? :) 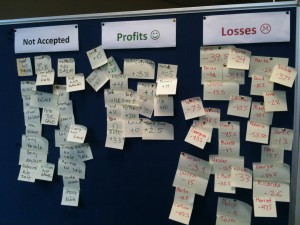